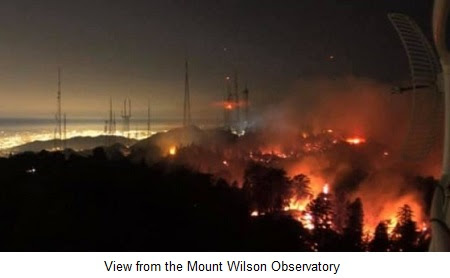 The Bobcat wildfire is again threatening southern California’s Mount Wilson, home to a reported $1 billion worth of land, towers and broadcast and government agency transmission equipment. By Tuesday, at least 29 structures were destroyed in Los Angeles County. The number could reach 85, reported The Los Angeles Times.

On Wednesday, the U.S. Forest Service estimated the fire expanded to more than 113,000 acres. Tuesday night it was just 17 percent contained, however that number grew to 38 percent Wednesday, according to Angeles National Forest officials, City News Service in Monrovia reported.