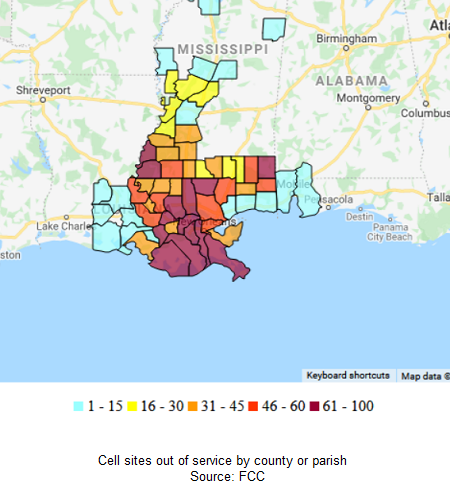 More than a million customers were without power after Ida made landfall as a Category 4 hurricane in Louisiana on Sunday, the 16th anniversary of Hurricane Katrina. By Monday, the storm was downgraded to a tropical storm, but still posed a major threat of flooding and high winds to the inland Southeast and the mid-Atlantic, according to the National Hurricane Center.

Entergy, which provides power to New Orleans, reported "catastrophic damage" to its transmission and that all 400,000 of its customers in Orleans Parish were powerless, noted U.S. News & World Report. Ida moved farther inland over southeastern Louisiana and Mississippi early Monday. The National Hurricane Center projected Ida would move across the Tennessee Valley today.

The White House said yesterday more than 3,600 Federal Emergency Management Agency employees were deployed and 17 urban search and rescue teams, along with hundreds of air and ground ambulances, had been staged. FEMA also deployed more than 3.4 million meals. Continue Reading

Posted by Inside Towers at 9:44 AM