CommScope Holding Company has completed its previously announced acquisition of TE Connectivity’s  Telecom, Enterprise and Wireless businesses, a leader in fiber optic connectivity for wireline and wireless networks. This acquisition strengthens CommScope’s position as a communications infrastructure provider. The all-cash transaction is valued at approximately $3 billion. The deal is expected to be significantly accretive to CommScope’s adjusted earnings per share and exceed $150 million in annual synergies in 2018.“We are excited to move forward as one company positioned for continued success,” said Eddie Edwards, CommScope president and chief executive officer. “Together, we look to accelerate industry innovation, solve more wired and wireless network challenges, and better serve customers in more markets around the world. By uniting our complementary solutions, technologies and geographic and market coverage, we have created a stronger platform for competing successfully.” Continue reading here.
Posted by Unknown at 9:30 AM No comments: 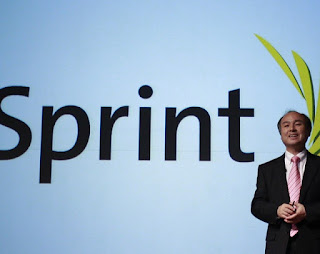 It’s been two years since SoftBank bought Sprint Corporation for $22 billion. Even though Chairman Masayoshi Son has been committed to expanding the company and building out their network, they recently slipped into last place in subscribers. On August 4, Sprint reported total connections, which fell below T-Mobile’s, putting them into fourth place. However, Son made an appearance on the quarterly conference and expressed his confidence in the company. “I’m extremely excited about the turnaround of Sprint,” Son said. “So as you might have imagined, when I entered into the U.S. market, I had a plan to have a consolidation in the industry but that’s no longer the case. So I lost the confidence for some time. However, the last few months I am totally refocused to help Marcelo and the team have the historical turnaround of the company, and I’ve been working – very, very involved especially on the networks side.” Continue reading here.
Posted by Unknown at 10:04 AM No comments:

What Did We Learn?

Before its Analyst Day in Dallas, Texas, AT&T announced revised guidance for the year, and provided an outlook for 2016 to reflect the closing of DirecTV. The company now expects 2015 earnings per share of $2.62 to $2.68, which most consider a positive starting point for the company. Management also noted that capex for 2015 will be in the $21 billion range. Amir Rozwadowski of Barclays explained, “Our initial take is that this is a pickup in spending. If we assume a half a year of ownership of DIRECTV, on a straight line basis that would suggest $1.5 billion in capex (assuming a steady $3.0 billion run rate). Coupled with AT&T’s prior capex outlook would suggest total capex of $19.5 billion vs. guidance of $21.0 billion.” Continue reading here.
Posted by Unknown at 9:45 AM No comments: 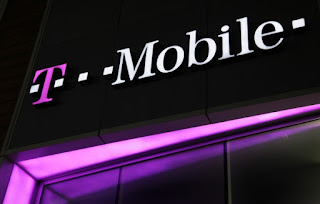 On Thursday, the FCC adopted bidding rules for next year’s incentive auction. The Commission reiterated that the expected start date for the auction is March 29, 2016, and the application proves should begin during the fall of this year. The Order also maintained its view that 30MHz of reserve spectrum should be large enough to benefit the small carriers. T-Mobile has been very vocal about their hopes that the FCC would increase the reserve to 40MHz. Amir Rozwadowski of Barclays noted, “Overall, we believe that despite prior concerns around the launch of the incentive auction, the FCC seems committed to commence the auction by the end of the first quarter of 2016, and then conclude it under the current administration’s term. With that in mind, we believe that over the coming months, there is likely to be increased visibility around each carrier’s strategy to participate in the auction – including securing the estimated funding requirement.” Verizon hasn’t really committed to the auction, with management saying the company doesn’t necessarily need additional low band spectrum, but that doesn’t mean they’re not interested. Continue reading here.
Posted by Unknown at 9:28 AM No comments:

Sprint reported solid fiscal first quarter earnings earlier this week, and Chairman Masayoshi Son, also CEO of SoftBank, which owns a 78% stake in Sprint, expressed its confidence in the wireless carrier. On the conference call, Son reiterated that there are no plans to sell down its stake in Sprint, that there’s no need for equity or public bond financing, and that there is no pressure to sell Sprint’s existing spectrum. Amir Rozwadowski of Barclays explained, “SoftBank also emphasized its confidence in an eventual Sprint turnaround based on the goals of a ‘large’ opex [operating expense] reduction, improved capital deployment, better network quality, a sensible device financing program (leasing), and debt reduction. SoftBank believes its own turnaround story.” But what are the company’s plans to actually improve their network? On August 4 conference call, President and CEO Marcelo Claure noted, “We plan to deploy tens of thousands of small cells in the next three years to increase the coverage and capacity of the network, leveraging all spectrum bands with the potential to increase the number over time.”  Continue reading here.
Posted by Unknown at 10:59 AM No comments:

Townsquare Media announced their 2015 second quarter earnings yesterday, and reported that the company entered into an agreement to sell 43 towers to a subsidiary of Vertical Bridge Holdings for $22.8 million in cash. Following the sale, Townsquare Media will own more than 250 towers. The 43 towers being divested are located on 41 sites in 28 markets and presently house antenna, which broadcast certain Townsquare Media stations, together with third party tenants who pay rent for similar space on such towers. According to the earnings report, for 35 years following the closing, including an initial term of twenty years and three optional five-year renewal periods, Townsquare Media will pay $41 of rent per annum ($1 per site per annum) to Vertical Bridge for the right to house its existing antenna on the divested towers. The company has also entered into an agreement with Vertical Bridge who will serve as the exclusive marketing agent for the towers retained by the company.  Continue reading here.
Posted by Unknown at 9:48 AM No comments: 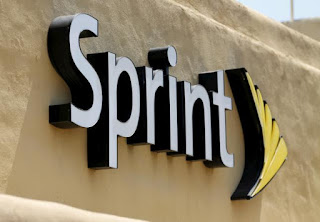 Sprint announced management changes ahead of their earnings report on August 3, naming a new CFO, COO, and Chief Network Officer. The company announced Chief Financial Officer Joseph Euteneuer will be leaving the company and named Tarek Robbiati as his successor. Robbiati, who will join in late August, stepped down as chief executive of Australian financial services provider FlexiGroup Ltd in June. Günther Ottendorfer is joining as chief operating officer, technology, effective immediately, and John Saw was promoted to chief technology officer. “While we recognize the timing of these changes are not ideal, we believe the company wanted to make these changes all at once (recall it recently made changes at the CMO level),” Jennifer Fritzsche, Senior Analyst at Wells Fargo, wrote. Continue reading here.
Posted by Unknown at 9:54 AM No comments:

Phoenix Tower International (PTI) announced today that it has entered into a contract with T-Mobile to acquire the ownership or management rights to approximately 600 wireless communication tower sites including the exclusive right to manage and operate the sites from T-Mobile via PTI’s local U.S. subsidiaries.
“We are incredibly excited to transact with T-Mobile and believe these locations are well situated for additional lease-up opportunities as the wireless operators continue to expand and improve their networks,” said Dagan Kasavana, Chief Executive Officer of Phoenix Tower International. “The PTI management team has significant experience operating and leasing tower sites in the United States and is thrilled to have a significant portfolio of high quality sites in the United States to offer to our customers.  Furthermore, this transaction represents another milestone in Phoenix Tower’s expansion and allows us to service our customer’s strategic needs across the Americas.” Continue reading here.
Posted by Unknown at 10:12 AM No comments: 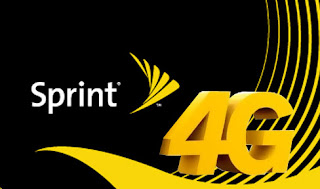 Chris Neiger with The Motley Fool, a financial news outlet, took a closer look at Sprint’s network plans for the next two years, and wondered if the carrier really will be able to improve its network. Sprint and T-Mobile have been fighting for the #3 spot in the wireless carrier space, and recently T-Mobile was named the third largest carrier. But Sprint isn’t taking this lightly. They have been strategically crafting their plans to improve their network, and continue to say they will rise to the #1 or #2 spot in two years’ time. “It’s going to take some major upgrades to get there, and if some new analyst information proves true then we may now know how Sprint plans to pull it off,” Neiger wrote. The analyst information he’s referring to is that from Wells Fargo and Evercore ISI reporting that Sprint plans to add about 70,000 small cells, in addition to macro towers, to achieve this status. The small cells should help improve the network quality without spending too much money. Continue reading here.
Posted by Unknown at 10:40 AM No comments: