AT&T Will Focus on Small Cell Deployment Throughout 2014 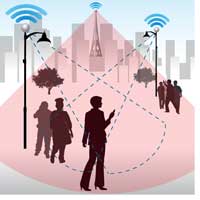 For the last year, AT&T has been working on their small cell and DAS technology that will allow the company to provide capacity in densely populated areas where a macro cell site just wouldn’t work. According to GIGAOM, “After a year of testing small cells in every way imaginable, AT&T is ready to begin its large-scale rollout of the technology. The tiny base stations will boost bandwidth in the high-demand places with surgical precision. The man in charge of the rollout, AT&T Associate VP of Small Cells Gordon Mansfield, has been testing out small cells from numerous vendors in every configuration imaginable. He’s mounted them to walls, on ceilings and hung them off utility poles. Continue reading here.
Posted by Unknown at 9:35 AM No comments:

Spectrum is a word that’s been tossed around a lot these past few months, but what exactly is it and why should you, as a tower professional, care? Marguerite Reardon of CNET explains exactly how spectrum works, “Wireless operators, such as AT&T and Verizon, cannot transmit wireless signals over the same frequencies in the same markets at the same time. The Federal Communications Commission is the government agency that keeps track of who’s using which slivers of spectrum.
Continue reading here.
Posted by Unknown at 4:05 PM No comments:

Confusion Occurs When You Dial 9-1-1 Near State Borders

It’s difficult enough for an emergency responder to tell your location if you use a cell phone, since it pings to the nearest tower; however, if you are near a state border you may be in even more danger. According to Your 4 State, “ First responders are offering some life saving information after recent incidents near the state line between Maryland and Pennsylvania, where cell towers can send calls to the wrong state. Around 9:30 Sunday morning, responders from Smithsburg EMS got called to an accident on Leitersburg Pike in Washington County. As they were rushing to the scene, it was realized that the fatal crash that took the life of a 69 year old man, happened over the state line in Pennsylvania.”
Continue reading here.
Posted by Unknown at 11:27 AM No comments: 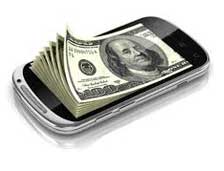 Analysts are less certain how much United States operators will spend this year as market leaders Verizon and AT&T have largely finished building their 4G networks, leaving them to add further capacity when customer demand requires it. While these two companies have the majority of their 4G LTE deployments completed, it doesn’t mean the other companies are finished just yet. Reuters reported, “Others want to catch up on 4G to compete. Third-largest operator Sprint plans to spend $8 billion this year and next on a major network upgrade. Backed by Japan’s Softbank, Sprint chose Alcatel, Nokia and Samsung as suppliers, dropping long-time vendor Ericsson.
Continue reading here.
Posted by Unknown at 9:40 AM No comments:

Crown Castle International completed a deal last week with CPS Energy to acquire their communication towers for $41 million. CPS Energy plans to use these proceeds to pay off existing debt. “Managing cell tower assets, which includes leasing space to other companies, is not part of our core business, so after analyzing our options, it became clear selling would be the most beneficial for our customers,” said Fred James, senior vice president of energy delivery services. CPS Energy began building towers in the 1990s to fulfill its communications needs, because during that time there weren’t towers available to lease space on.
Continue reading here.
Posted by Unknown at 10:44 AM No comments:

In Des Moines, Iowa a growing number of classrooms are using online resources to study from and even take exams, according to USA Today. Teachers have begun incorporating technology into their daily lessons in order to keep students engaged and interest them in what’s being taught. USA Today reported, “American youths between the ages of 8 and 18 on average spend more than twice as much time with high-tech screens each year as they spend in school, according to national research.” Even though technology is expanding at a rapid rate throughout schools, the infrastructure that supports it is not. Many communities are still against putting towers on or near school grounds due to possible health concerns. But if using mobile technology in the classroom is the way of the future, then something will have to change. According to USA Today, “Nearly half of Iowa’s 346 K-12 school districts now assign students laptop or tablet computers for use at home and in the classroom. Results of a national survey released last year show that 51% of all high school students have smartphones.” “If you have a smartphone, it’s like you always have a study buddy,” said William Wiborg, 14, an East High School ninth-grader. “You can pull it out and do whatever you need to do.”
Continue reading here.
Posted by Unknown at 9:30 AM No comments:

Instead of constructing more towers or adding equipment to current towers to increase coverage, T-Mobile plans to use VoLTE and low frequency airwaves to achieve their goals. T-Mobile is ranked 4th among U.S. mobile carriers and is often criticized as the network with the worst service. The most obvious way to fix this problem is to build more towers, but that’s not how T-Mobile intends to achieve this goal.
Continue reading here.
Posted by Unknown at 9:43 AM No comments:

T-Mobile Has Raised the Bar

Even though T-Mobile ranks number four in the line-up of the United States’ mobile carriers, they have really made a splash in 2014—especially this week at the Consumer Electronics Show. From T-Mobile announcing their “get out of jail free” plan to AT&T having the CEO of T-Mobile, John Legere, escorted from their party, there’s been a lot of chatter about the company and Legere, who has been called “the boldest CEO out there.” There is definitely tension among the two carriers. According to Reuters, “AT&T is most vulnerable to competition from T-Mobile because both companies have the same network technology, which makes it easy for consumers to switch between their services without having to buy new phones.”
Continue reading here.
Posted by Unknown at 9:46 AM No comments:

A Reliable Wireless Infrastructure Can Save Lives

Some people only see the personal benefit to wireless technology, it makes it much easier to conduct business on the go, keep in touch with your friends, and stay current on world events. However, a reliable wireless network is important to a community for more than just those reasons. It can save lives. Alcatel-Lucent published a case study regarding a multi-jurisdictional emergency communications network in the St. Louis area. “A reliable communications network that responders know to go to and use in the event of an emergency is our benchmark for the St. Louis region,” said Nick Gragnani, executive director of the St. Louis Area Regional Response System.

Crown Castle Began Operating as a REIT on January 1, 2014

Crown Castle International announced yesterday that they began operating as a Real Estate Investment Trust (REIT) on January 1, 2014. Crown Castle received an opinion dated December 31, 2013 from each of Skadden, Arps, Slate, Meagher & Flom LLP and Cravath, Swaine & Moore LLP, which firms advised Crown Castle on its REIT conversion, that Crown Castle will qualify as a REIT as of January 1, 2014. According to the company, “Crown Castle expects to take certain steps and corporate actions in 2014 in order to facilitate continued operation as a REIT, which may include seeking adoption of certain charter provisions that implement certain standard REIT-related ownership and transfer restrictions.

Continue reading here.
Posted by Unknown at 1:37 PM No comments:

According to Reuters, T-Mobile US announced yesterday that they would buy spectrum licenses from Verizon Wireless to improve its high-speed wireless services in a deal worth $3.3 billion. Reuters reported, “T-Mobile, the No. 4 U.S. mobile provider, said the licenses cover more than 150 million people in areas such as New York, Atlanta and Los Angeles. It expects to roll out services using the spectrum as early as the fourth quarter of 2014.”

Continue reading here.
Posted by Unknown at 9:24 AM No comments:

While it’s been highly debated whether or not the FCC would approve a merger between the third and fourth major mobile carriers, there’s reason to believe that this deal could go through. Despite the fact that AT&T’s proposal to buy out T-Mobile was denied a little over two years ago, industries are changing and Sprint is in a completely different position than AT&T. Oligopolies may have been something that were frowned upon years ago for fear of reducing competition, that isn’t the case these days—as recently illustrated by the airline industry. The top 5 airlines in the United States are Delta Air Lines, United Airlines, Southwest Airlines, American Airlines, and US Airways. A few weeks ago American Airline and US Airways partnered, taking their number of enplaned passengers from 91,153,375 and 54,204,283, respectively, to total 145,357,658, which surpasses Delta’s year to date number of enplaned passengers and their fleet size. American Airlines and US Airways are in similar positions to T-Mobile and Sprint when looking at the mobile carrier market. Neither of these companies is at the top, but they are certainly close.

Continue reading here.
Posted by Unknown at 9:48 AM 1 comment:

Broadband and Tech Jobs Will Drive the Future 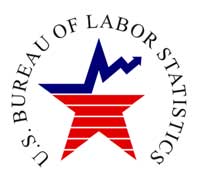 Before the year ended, the Bureau of Labor Statistics issued its ten-year employment outlook projections, which illustrated the significant role broadband networks play in U.S. economic growth, job creation, and global competitiveness. According to Patrick Brogran at U.S. Telecom, “The broadband network industries today employ approximately 850,000 Americans in high-wage jobs today. While network industry employment is projected to decline in the next decade employees to just over 800,000 jobs, it is declining at a dramatically lower rate than it did from 2000-2012, when it lost 600,000 jobs.
Continue reading here.
Posted by Unknown at 9:19 AM No comments:

According to US Telecom, “U.S. households are continuing to “cut the cord” and replace landline telephones with wireless voice service, according to the latest data from the Centers for Disease Control (CDC). Although the CDC data showed some slowing in cord cutting, wireless-only households are on track to reach between 43 and 45 percent of all telephone households by the end of 2013.These data provide ongoing support for USTelecom’s view that providers of traditional telephone service are no longer dominant in the provision of voice communications.

Continue reading here.
Posted by Unknown at 10:44 AM No comments: