By John Celentano, Inside Towers Business Editor American Tower (NYSE: AMT) has become, through strategic acquisitions and a record number of new builds, the largest publicly held tower company in the world. On a pro forma basis, including towers from its pending acquisition of Telefonica’s Telxius Towers, announced in January, AMT’s global portfolio is nearly 215,000 towers in 20 countries. 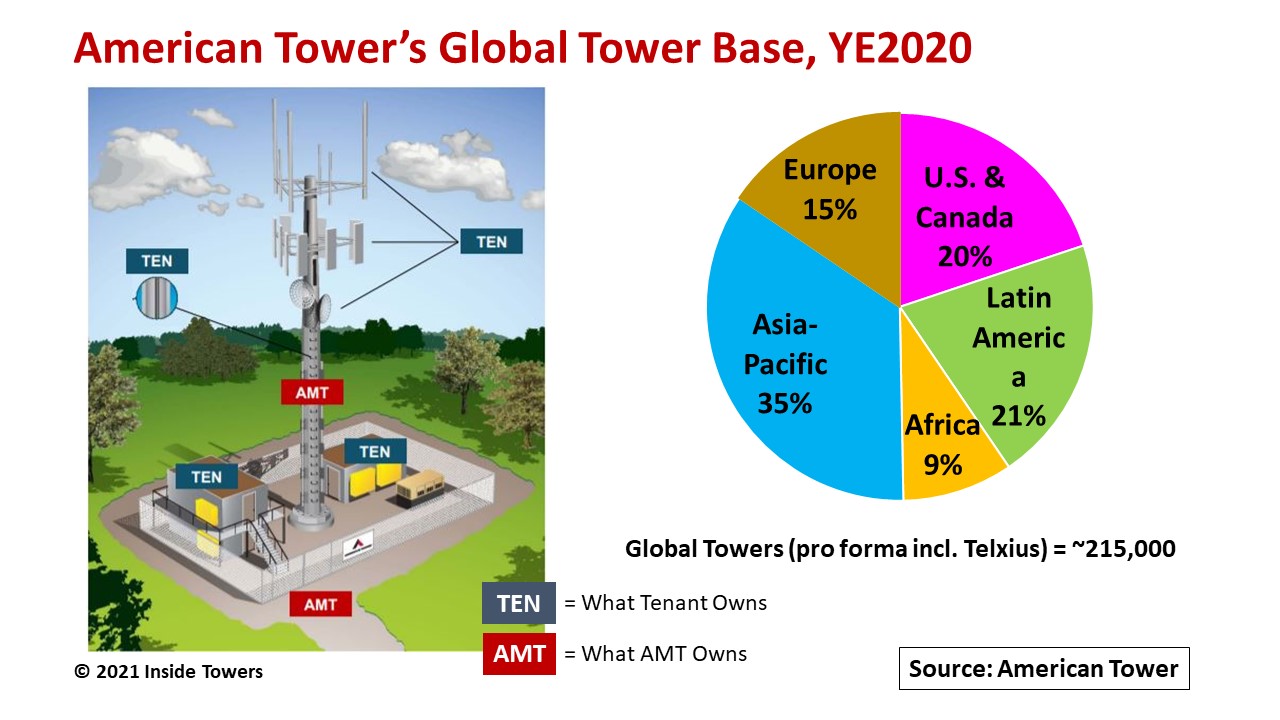 That tally puts the company only second to China Tower’s two million towers, though China Tower is predominantly state-owned.

AMT reported total 2020 property leasing revenues of almost $8.0 billion, up about 7 percent over $7.5 billion in 2019. Adjusted EBITDA grew nearly 9 percent year-over-year to $5.2 billion and consolidated AFFO came in at $3.8 billion, up 8 percent YoY.

Capital expenditures in 2020 were $1.1 billion, up 4 percent from $1.0 billion in 2019. Discretionary capex for new tower builds, tower upgrades and ground lease purchases totaled just over $900 million. The balance went towards tower maintenance and corporate facility investments. Continue Reading
Posted by Inside Towers at 10:30 AM