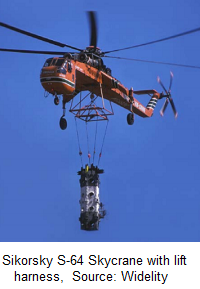 The FCC remains busy with the so-called “Rip & Replace” program, meant to compensate smaller carriers for removing untrusted gear from their networks. The agency seeks public input on the “Supply Chain Reimbursement Program Report,” a catalog of eligible expenses and estimated costs with a list of categories of suggested replacement equipment and services.

Congress directed the Commission to publish a list of suggested, trusted replacement gear. To do so, the agency contracted with Widelity, the same company that developed a replacement cost catalog for the television repack expense reimbursement program.

Widelity produced an initial replacement list, a cost catalog and a report noting expected steps to move forward with Rip & Replace. The reimbursement program is aimed at providers with up to 10 million or fewer customers. Continue Reading

Posted by Inside Towers at 8:24 AM