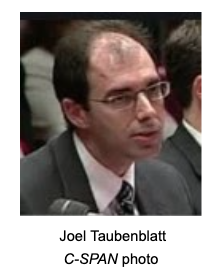 “Michele and Joel bring the perfect mix of experience and expertise to their new roles,” said Rosenworcel. “They both have a deep understanding of communications law and policy and a keen sense of initiative that will be invaluable as the agency takes on its work in the days ahead.”

Tom Johnson is stepping down as General Counsel and has agreed to continue to work in the Wireless Telecommunications Bureau. Don Stockdale, currently chief of the bureau, will transition to the Office of Economics and Analytics. “Tom and Don are terrific public servants who have made real contributions to the work of the FCC,” said Rosenworcel. “I am grateful for their work on behalf of the American people.” Continue Reading

Posted by Inside Towers at 8:36 AM