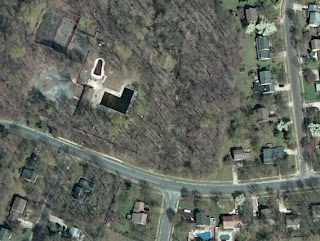 Photo by the Department of the Interior/USGS.

Residents of Cherry Hill, NJ are fighting the possible construction of a cell phone tower being built on Fox Hollow Swim Club’s property. There is an online petition against the tower, which more than 250 residents have signed trying to stop the building. Many of the concerns residents of Cherry Hill have regarding the cell tower relates to possible environmental damage as well as a fear that their property values will be decreased.

The Environmental Protection Agency explains that,” The type of energy used in wireless technology is radio frequency (RF). RF radiation is non-ionizing. In other words, it is not strong enough to affect the structure of atoms it contacts.” While wireless technology is still relatively new, there is no link between long term use of cell phones and adverse health effects or negative effects on the environment. The FCC sets safety guidelines that limit radiation exposure from wireless communication devices, in order to protect users.

Bryan Little of Cherry Hill Patch wrote that, “AT&T told the club it was an ideal spot for a tower, as it’d have the least impact and would be most effective for coverage.” This proposition for a 120-foot tower could end up before the zoning board, even though members of the community hope the project never makes it that far.
Posted by Unknown at 12:06 PM