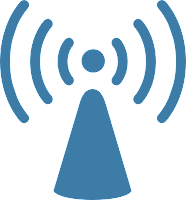 The city of Seven Hills came to an agreement with AP Wireless, a California based wireless infrastructure funding firm to build a cell tower. AP Wireless bought out three cell phone towers within the city, which provides them with the revenue from the three property leases.

Chris Mosby of the Sun News reported that, “The agreement will pay the city an up front sum of about $1.5 million, via regular installments of $350,000. In return, AP Wireless will receive the lease payments made by the owners of the three towers for the next 30 years.”


By allowing AP Wireless to take over these leases, there will be many benefits to the city. First, the city will receive an influx of cash. The city will be able to claim 85% of the new revenue. AP Wireless will also be able to market these towers to carriers so there will be better cell phone reception in the Seven Hills area.
Posted by Unknown at 11:34 AM