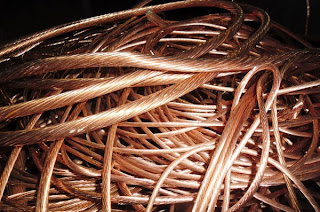 This week in Athens, Ohio 150 feet of wire was stolen from a Verizon Wireless Cell Tower. Verizon reported that the wires on the ground outside of the control office were also cut. The copper wire was also removed from the tower after the thief climbed the tower and unbolted it. Thankfully, cell phone service was not interrupted because of the theft. The cell site had last been visited on August 19th.