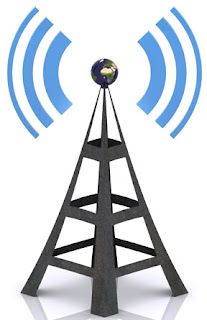 Today, PCIA—The Wireless Infrastructure Association released a study conducted by the Information Age Economics projected private investment in wireless infrastructure over the next five days will generate as much as $1.2 trillion in economic growth and create 1.2 million new jobs. The wireless industry is growing every day, especially since the deployment of the 4G LTE networks.

In a press release, the PCIA explained that, “the report evaluates the economic and job-creation impacts generated by projected wireless infrastructure investments between $34 billion to $36 billion per year over the next five years. These investments will yield several other benefits:
Even though many people are hesitant to see the wireless industry grow for fear of more towers and change within the community, it’s necessary for our economic growth. “The simple truth is that a 2.2 percent increase in GDP and 1.2 million new jobs will not come about by magic,” said PCIA President & Chief Executive Officer Jonathan Adelstein. “They will only occur if, as a nation, we recognize the fundamental importance of having a robust, ubiquitous, and affordable wireless broadband network that meets the demands of the 21st Century economy.  This is as true for local zoning board members as it is for FCC Commissioners.”