Expanding Our Wireless Network Will Bring Many Benefits 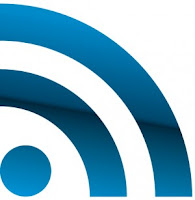 If you go anywhere these days you’re bound to see people on their cell phones checking their social media sites, responding to emails, sending text messages, or even playing games. It might be obvious why having a broad wireless network is beneficial with so much demand for cellular service, but increased demand drives deployment and additional infrastructure construction.

The PCIA created a presentation to explain the benefits of expanding our wireless network, stating that:


The demand for wireless has been growing since the introduction of the cell phone and over 24% of U.S. households have substituted landline telephone services with mobile service (Stephen J. Blumberg & Julian V. Luke, CDC, Wireless Substitution). Because the demand is increasing so rapidly, the deployment of these networks is creating jobs and stimulating economic growth. Bringing better access to these wireless networks also benefits the public safety responders for cities and states.
“First responders require robust high-speed wireless communications to deliver voice, video, and data services to save lives, prevent and solve crimes, and fight fires. A majority of public safety agencies across the country utilize wireless broadband services for critical activities such as dispatching, connecting to law enforcement databases while in the field, and emergency alerting. Wireless services improve response times and enhance safety by ensuring lines of communication with dispatch and mission command,” the PCIA explains.
Along with public safety benefits, wireless networks also provide benefits to businesses and the economy. “Wireless service and infrastructure providers made over $10.5 billion in incremental capital expenditures in 2008.  Wireless broadband will generate an anticipated $860 billion in gross domestic product gains over the next ten years.
The wireless industry is growing faster than ever and many of the major cellular companies are expanding their networks to include the latest 4G LTE technology to provide their customers with better service. AT&T alone has expanded their 4G LTE network into 400 markets reaching nearly 240 million people. Their build is expected to be completed by the summer of 2014. But the rapid deployments of these networks have caused a spike in job openings in the wireless tower industry. As technology changes, there will be a need for more workers, which will benefit the economy and the newer technology will help businesses and the government operate more successfully.