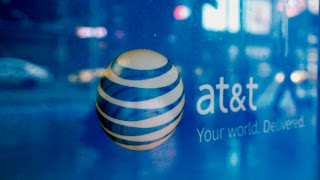 AT&T began upgrading the wireless networks throughout Louisiana during the first half of 2013 and so far AT&T has invested nearly $175 million in this project. The company deployed new macro cell sires, small cells, and Distributed Antenna Systems across the state as part of AT&T’s Project Velocity IP (VIP). Project VIP is AT&T’s initiative that was announced in November of 2012 to invest $140 billion over the next 3 years to enhance their networks to support the growing customer demand.

"I'm proud to work with the members of the Louisiana Senate to create an environment in our state where businesses want to expand and invest," said State Senate President John Alario.  "Investment in advanced communications technology is vital to our continued economic growth and prosperity.  Louisiana continues to improve in national business climate rankings as the Legislature works to support pro-business policies that help attract such investment."

Under this project, AT&T is also deploying advanced fiber-optic connections to thousands of Louisiana businesses. AT&T’s Project VIP is working to ensure that Louisiana customers receive access to the 4G LTE networks.