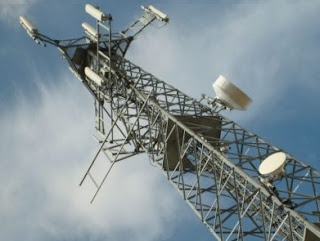 Durham, North Carolina city and county planners are checking with the elected officials next week about rewriting the rules regarding the placement of cell phone towers. This spring it was requested by members of the Joint City/County Planning Committee to tighten the laws concerning the review process for concealed towers and towers disguised as trees.

“Planners suggest regarding such towers as concealed only if they’re placed inside ‘an existing cluster of trees’ that covers at least 500 square feet, and only if they’re no taller than 20 feet above ‘the tallest tree within the cluster,’ according The HeraldSun.

For unconcealed towers, currently the law for stipulates that the Durham Board of Adjustment, the City Council, or the County Commissioner must approve the placement.

“The proposed changes are reacting to the controversy that erupted in south Durham after representatives of Sprint secured permission to place a ‘concealed’ tower next to St. Barbara Greek Orthodox Church off N.C. 751 Because it’s to be camouflaged as a tree, Durham’s existing rules allowed the plan to be approved by the City/County Planning Department without a public hearing,” The Herald Sun reported.


However, the changes in the law are coming because residents believe that Sprint’s 120-foot tower will not be concealed seeing as it will be bigger than any of the trees around it.